WHO WE ARE
WHAT WE DO
OUR VENUES
SUPPORT US

In 1833, a group of concerned Boston citizens established a unique educational institution on Thompson Island. Since then, the island has continuously served as the site of innovative programs that have profoundly influenced the lives of Boston’s young people and American education.

Then as now, Thompson Island was a sanctuary from city life, a place where students could step away and grow in new ways - an island of opportunity. The separation of the island, surrounded forever by the waters of the harbor, creates a jewel of wilderness in the very heart of the City of Boston. 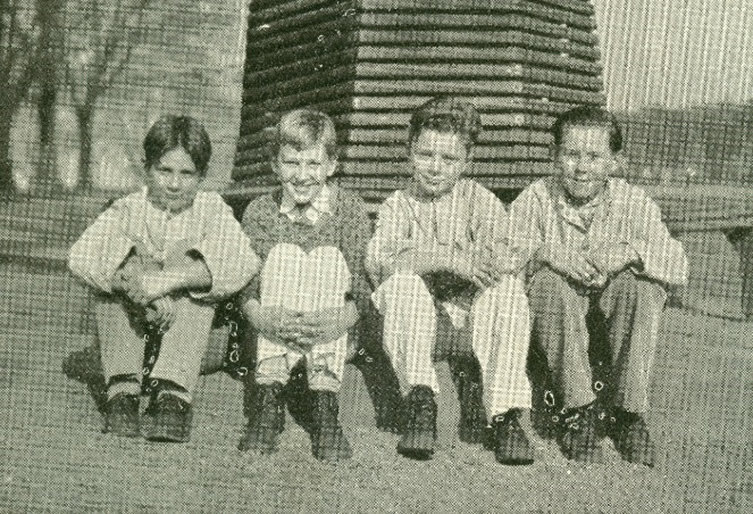 The timeline below takes you through the story. For a more complete history of Thompson Island’s education programs up to 1975, download Learning by Doing.

Before the colonial period, Thompson Island is a summer meeting ground for native peoples. In 1621 Myles Standish and other members of the Plymouth Colony land on the island during their early exploration of what became Boston harbor. In 1626 David Thompson establishes a trading post on the island to barter with Neponset Indians. Over the next 200 years, the island is leased for sheep grazing.

The Boston Farm School is established by a group of Boston philanthropists who purchase Thompson Island in order to create a home and school for at-risk boys (principally orphans or boys with single parents). The school’s aim is to instruct young men in “agriculture, gardening, or other useful occupations as would contribute to their maintenance and tend to form in them habits of industry and order.”

The inaugural class of 14 boys lives first in the old farmhouse on the south end of the island. They help build “Mansion House” on the top of the hill. This school building houses classrooms, dormitories, the dining hall, a library, staff housing, the laundry and all other major facilities. 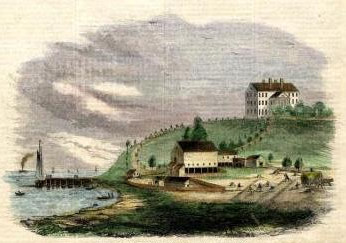 The Farming and study program

At the bottom of the hill, the farm establishment includes barns for horses, cows and poultry as well as farm equipment. From the 1830s to the 1930s, the gradual addition of various farm structures supports the development of an extensive farming program designed to both sustain the school community and prepare young men for useful occupations: stock barn 1861, orchard expansion 1862, hen houses 1885, corn crib 1887, root cellar and hot beds 1903, compost shed 1906, new cow barn 1927, new poultry house 1929, chicken hatchery 1931.

The school’s growing reputation is built on its farm program and the integration of academic study related to farming and land management. The first boys split their time between farming and classroom study of the principals of agriculture, horticulture and botany. They grow the majority of food needed by the school and in summer months the school sells the surplus to raise funds.

Superintendent William Morse overhears a group of students entertaining themselves by singing and creating a makeshift ‘orchestra’. He purchases a small collection of instruments and establishes the first school band in America. Six alumni go on to become members of the Boston Symphony Orchestra.

Thompson Island receives its first bequest, designated to endowment. In the following decades the island’s endowment is augmented by numerous gifts and its value gradually increases.

By the late 19th century, it is clear that most of the students from the Farm School decide to go into emerging industries and trades or become seamen. The board modifies the original goal of the Boston Farm School which was for graduates to apprentice on farms. The school embraces the industrial age and adds trades alongside agriculture.

The new Gardner Building, named for Board President George Augustus Gardner, is built to house a new printing program. Students perform print jobs for the school as well as for mainland clients. Within a few years, woodworking, blacksmithing and other trades are added to the curriculum in keeping with changes of the Industrial Revolution. 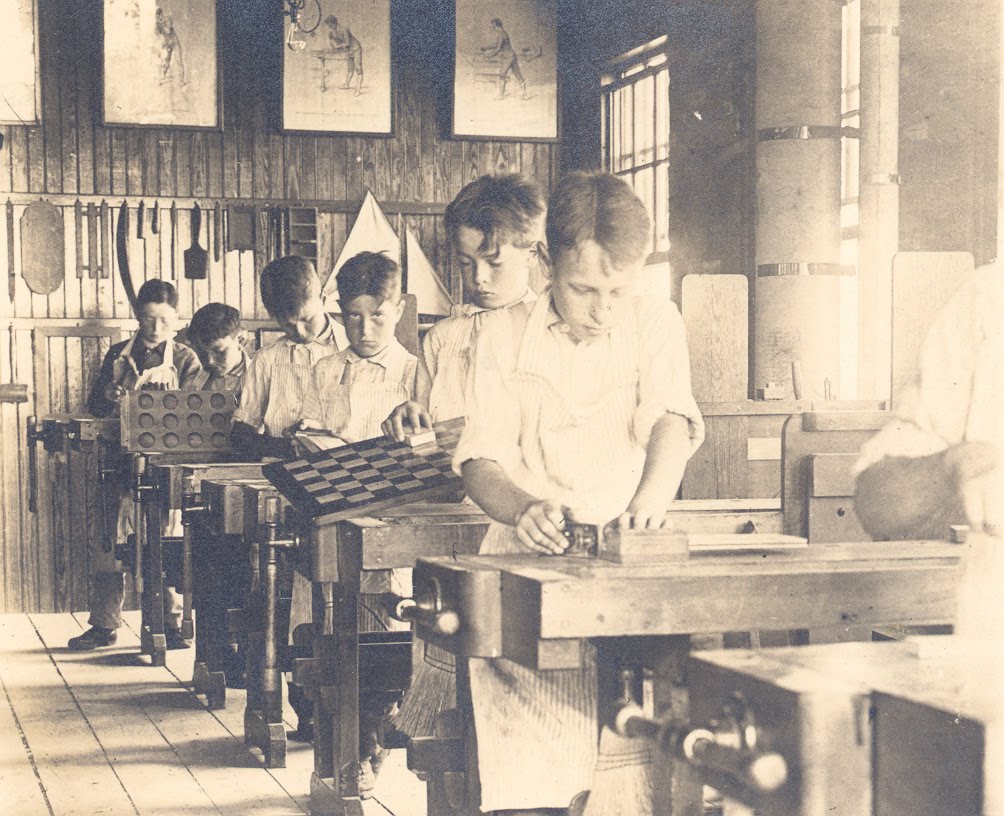 Applying skills they learned in the woodworking shop, the boys build 12 small playhouses and dub the community “Cottage Row.” They create their own government, including elected officials, town meetings and a justice system. It is one of the first civic education programs in America. 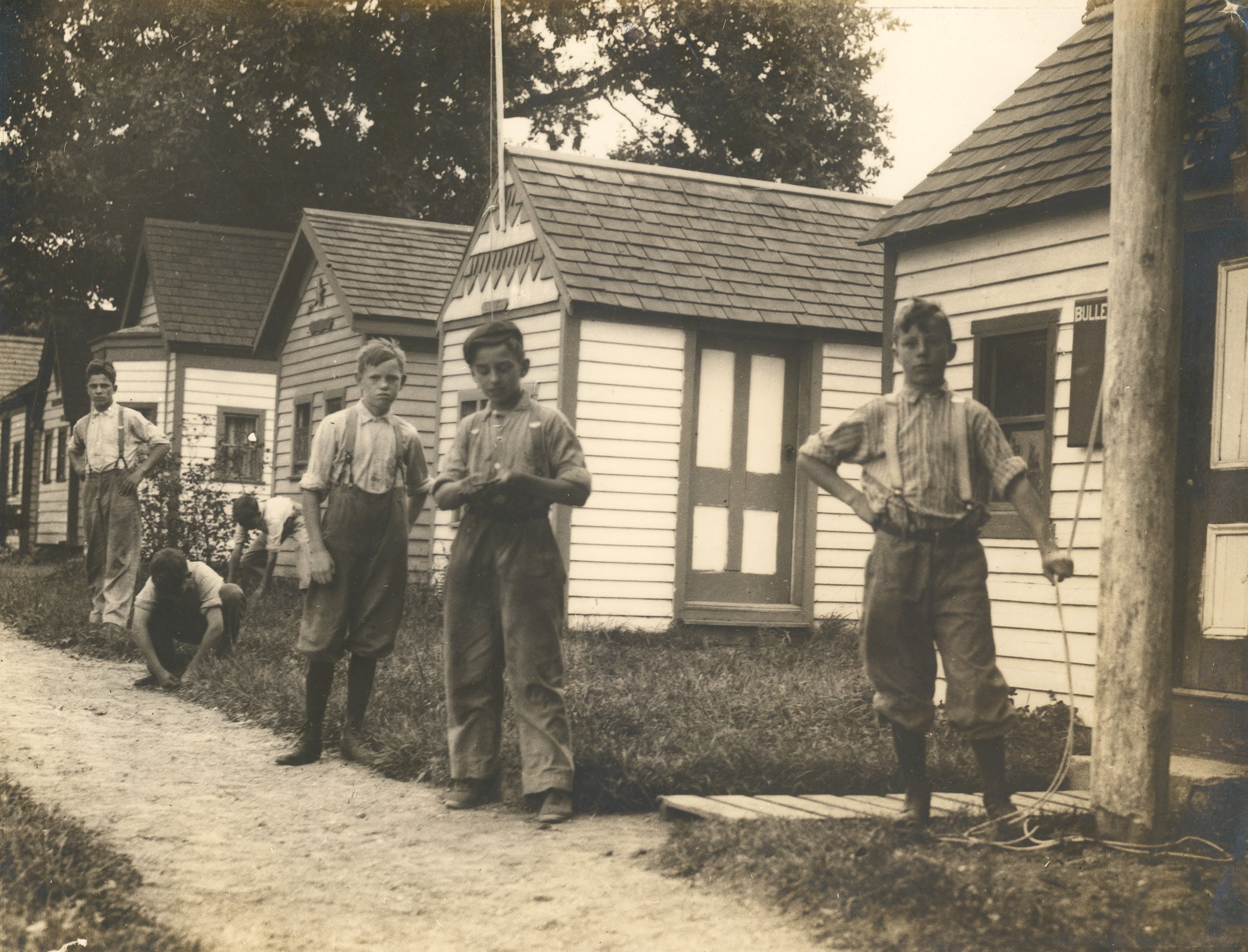 The boys start their own newspaper, The Beacon, which records details of island life. Published monthly, it is printed and bound in the school’s print shop.

School enrollment hovers around 100 and accommodates boys aged 10 to 14. Electricity, telephone, and water systems are installed, and the boys run a weather observatory—collecting, recording and telephoning data to the U.S. Weather Bureau.

The school embarks on an ambitious campus expansion to improve accommodations, including new dormitories as well as an updated kitchen and dining facilities. Staff housing additions are the Headmasters House (1936), Bowditch Hall (1939), and three dormitories funded by the Charles Hayden Foundation (1941).

The Outward Bound program is created in Wales to instill tenacity, teamwork and compassion in young British merchant seamen. One of the British shipping lines asks renowned educator Kurt Hahn to design a course that will give young men aged 16 and 17 who are serving in the North Atlantic shipping convoys a better chance of surviving the rigors of being forced into lifeboats by torpedo attacks.

Following this beginning in Great Britain, the Outward Bound program is adopted around the world. During the 1950s Joshua L. Miner, II takes a break from his position at Andover Academy to work with Kurt Hahn at Gordonstoun School in Scotland. He is impressed with Hahn’s many educational innovations and determines that Outward Bound will add an important dimension to American education for teens and young adults.

As the needs of boys in Boston shift due to a changing society, the school on Thompson Island is reorganized into a six-year secondary school, renamed Thompson Academy. The farming and trades program is significantly reduced as it is no longer considered to be an appropriate educational vehicle.

The school continues to serve boys from economically challenging situations, including many from single-parent families. Students begin wearing coats and ties. Thompson Academy becomes renowned for its broad athletic program and the Gymnasium is built in 1960. 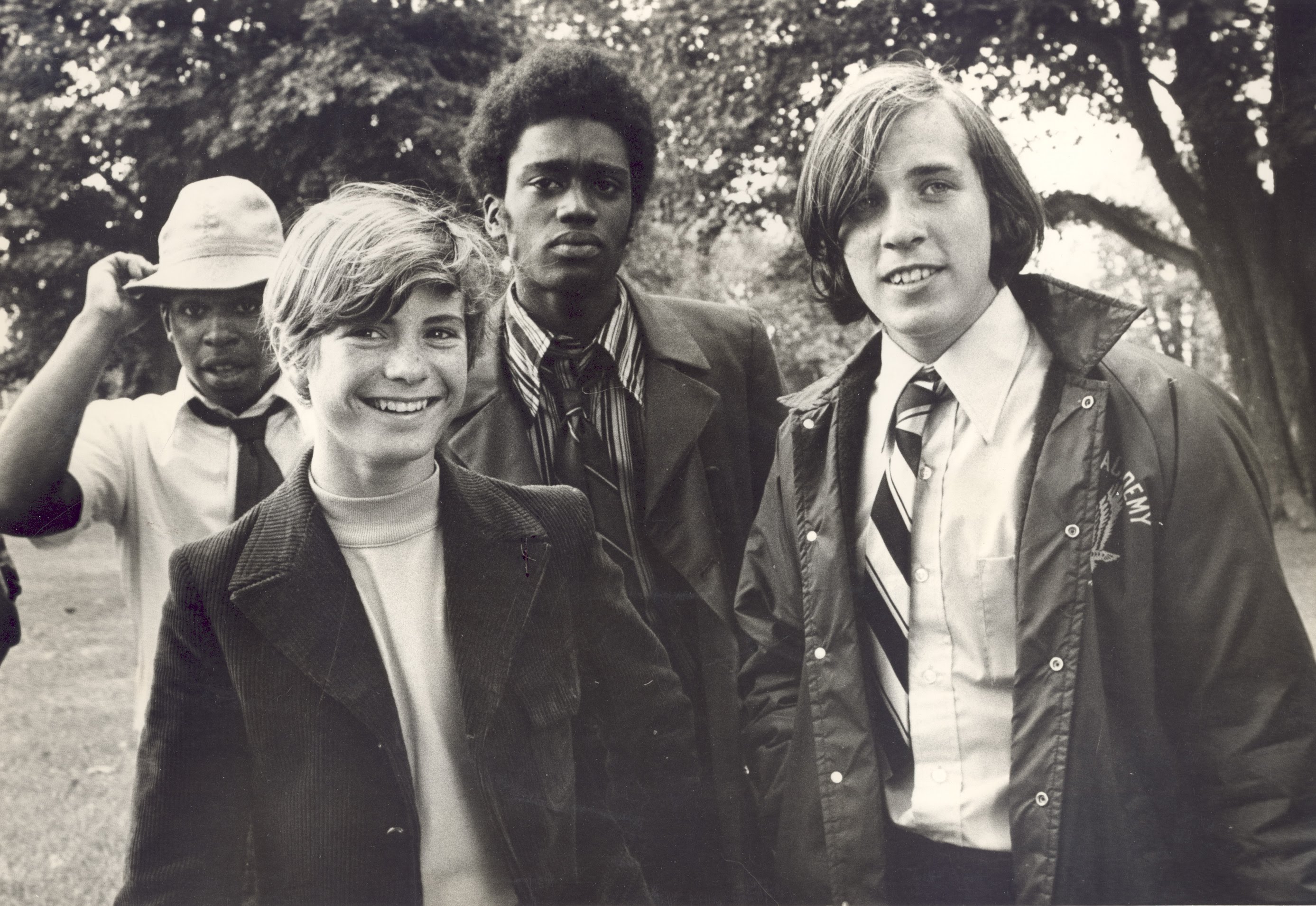 The first USA Outward Bound programs are offered to recruits in the new Peace Corps. Thereafter, Outward Bound schools are created in Colorado, with a focus on climbing; Minnesota, focused on canoeing; and Maine, centered on sailing. The school in Maine is called Hurricane Island Outward Bound and is founded by Peter O. Willauer.

Josh Miner is invited to join the Board of Trustees at Thompson Island as the school explores its future again. The first sailing expeditions take place in Boston Harbor in partnership with Hurricane Island Outward Bound. A planning committee appoints Frank H. White as Planning Director.

The destruction of the main building by fire in 1971 adds to the school’s challenges, and the Board decides to graduate Thompson Academy’s final class in 1975. 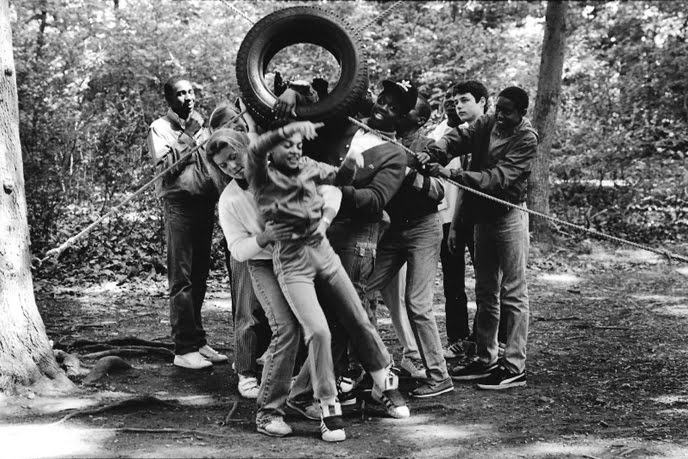 During the busing crisis, the island plays an important role in bringing together young people from around Boston. It is a safe haven where kids from different communities can learn to work together on neutral territory. Desegregation funding enables a large expansion of the island’s programs. 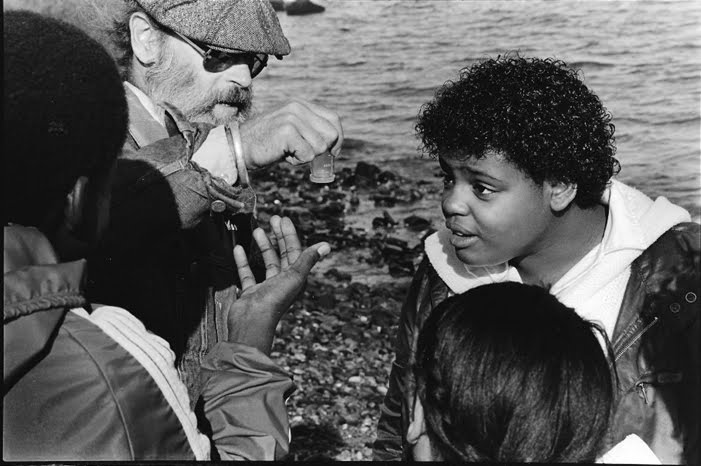 The island’s Board of Trustees selects Outward Bound as a partner to operate the island, creating Thompson Island Outward Bound Education Center. The island continues its mission in partnership with the Boston Public Schools, providing opportunities to Boston youth from underserved neighborhoods.

In addition to programs for Boston Public Schools, which are largely free of charge, the organization develops a robust client base of regional schools and youth organizations that send groups of students for one to five day island adventures.

Connecting with Courage, a two-week Outward Bound expedition for adolescent girls, is created based on research by Dr. Carol Gilligan and others. Serving young women aged 12 and 13, the program offers tuition-based and scholarship spots. Other ‘open enrollment’ summer expeditions are developed for boys and also for at-risk youth. Sailing, camping, canoeing, climbing and kayaking activities build leadership, tenacity and above all compassion. 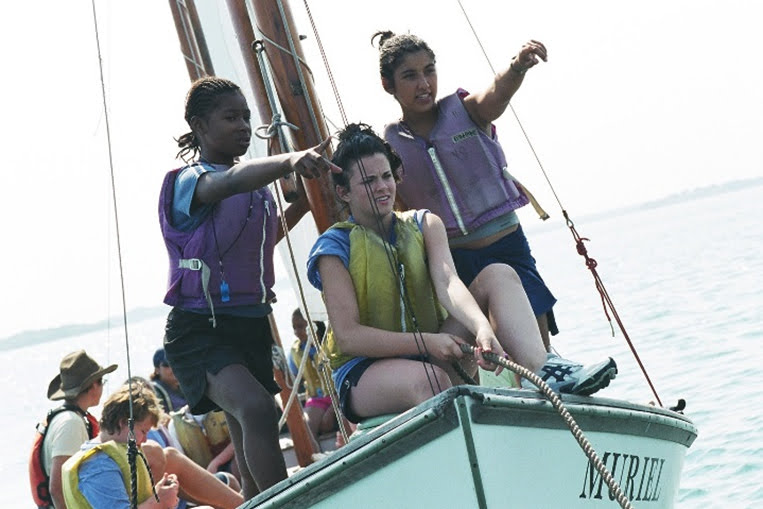 Thompson Island Outward Bound opens an independent middle school for boys, called The Willauer School. During its 12 years of operation, the school incorporates Outward Bound expeditions and an Expeditionary Learning curriculum for grades six through eight. Initially conceived as a tuition-free school, its curriculum is innovative, but the financial model is not sustainable. The school closes in 2006. 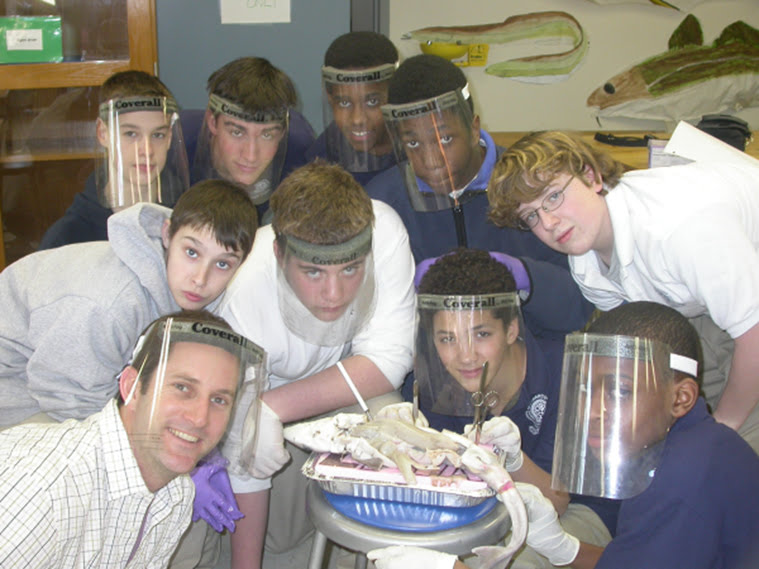 The Boston Harbor Islands, including Thompson Island, are designated a National Park Area.

Thompson Island Outward Bound launches Choices, a program that delivers week-long expeditions on Thompson Island for Boston Public School students at the middle school level. Sixth and seventh graders come to the island during the school year with their classmates and teachers. Activities include climbing the new 62-foot Alpine Tower and environmental study in the island’s salt marsh.

Over the next decade, the program serves thousands of middle school students from over a dozen schools with activities that develop confidence, motivation, compassion, problem solving and conflict resolution skills, and which instill a commitment to diversity and social justice. 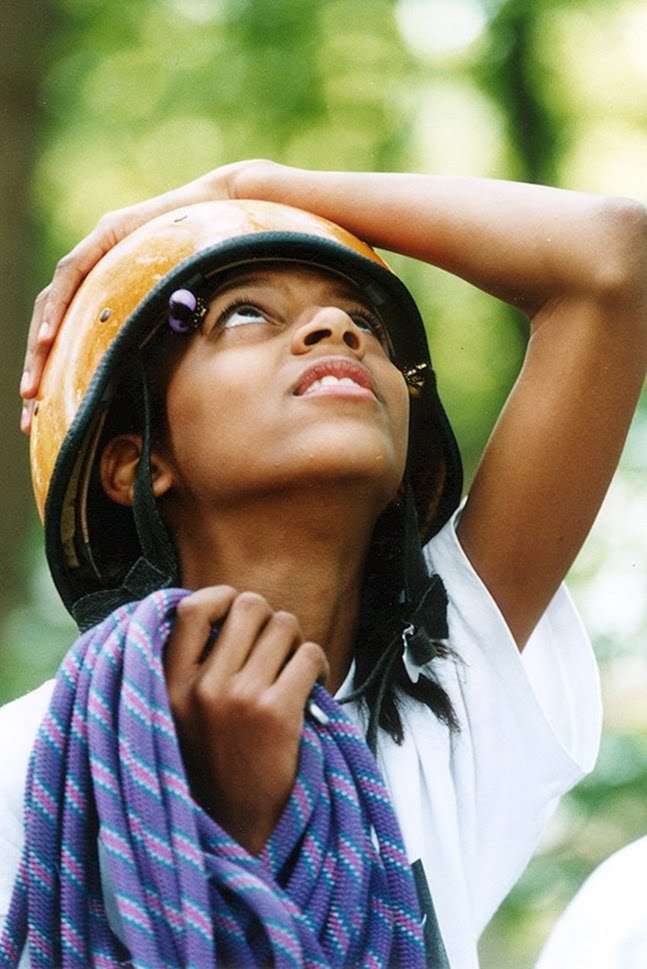 In partnership with the National Park Service, the island develops the GreenCorp summer jobs program for Boston high school students. For seven weeks in the summer, young people work on Thompson and other islands learning about environmental careers and developing disciplined work habits. The young people who work on the island every summer are now called Green Ambassadors.

Environmental education re-emerges as an opportunity to use the island’s natural ‘classrooms’ to directly support academic learning. In response to requests from schools and school districts, curriculum-based activities are developed using the island’s habitats and landforms. Thompson Island Outward Bound begins partnering with the National Park Service to develop and deliver these programs, and to link student activities to research and stewardship projects sponsored by the Boston Harbor Islands National Park Area.

The island begins offering its Boston Public School partners a curriculum-based program with activities tied to Massachusetts Curriculum Frameworks in science and math. This program, titled Connections, is offered to schools for grades 5 through 8 and initially includes one-day experiences for all and three-day overnight learning expeditions for selected schools.

As Thompson Island embarks on an $8.35 million capital and endowment campaign, the Board holds a series of symposia with education leaders to better understand the needs of Boston’s middle school students and schools. The message from the symposia is clear: success for BPS middle school students requires more time on the island, including overnight adventures for all participating students and repeated, sequential learning experiences throughout middle school. Thompson Island Outward Bound focuses resources to serve fewer schools in deeper multi-year partnerships and begins developing a 4-year Connections curriculum for grades 5 through 8.

PART OF THE NATIONAL NETWORK OF OUTWARD BOUND SCHOOLS IN THE U.S.